I was co-opted on the 26th of July to the Tiverton Town Council – as a councillor for the Westexe Ward where I grew up and still work.

I hope that working with the other councillors I will be able to make a positive difference for the people of Westexe. 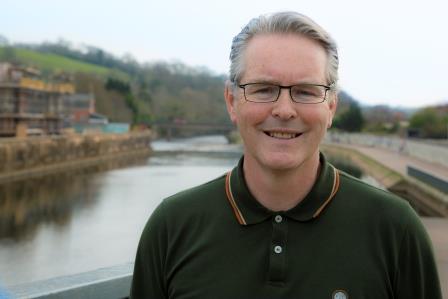 nts, public toilets, the New Hall, litter picking and flower displays. The town council can comment on local planning issues but that is all.

Town councillors can also co-operate and campaign on wider issues and make the views of local residents, businesses and charities known to the MDDC and DCC.

As a councillor I will focus on the priorities raised by local people including the need for more affordable housing, improving educational outcomes, increasing job opportunities and looking after our environment.

For example with the support of some other town councillors I will be proposing a voluntary 1 year freeze on private rents followed by a commitment to cap rent rises at the lower of wage inflation and the RPI.

I am also supporting the petition to finally build the new Tiverton High School that was blocked by the Tories in 2010. With expansion of the town forced in us by the government the school will soon need to accommodate double the number of pupils that it had in the 80s.

As I am new to politics I have a lot to learn and I am looking forward to working with the more experienced councillors.

Claire Hole, Jason Lejeune and Adam Walker were the other candidates that applied for co-option on the 26th and I feel that they could all make good contributions to the council if they are co-opted or elected in the future.

I encourage more first time candidates to stand in the 2023 district and town council elections as the old guard needs a bit of a challenge.

Please feel free to contact me on peterhill@tivertonhonitonlabour.org, 07415 013908 or through Facebook with any ideas or issues relating to Westexe in particular and Tiverton in general.