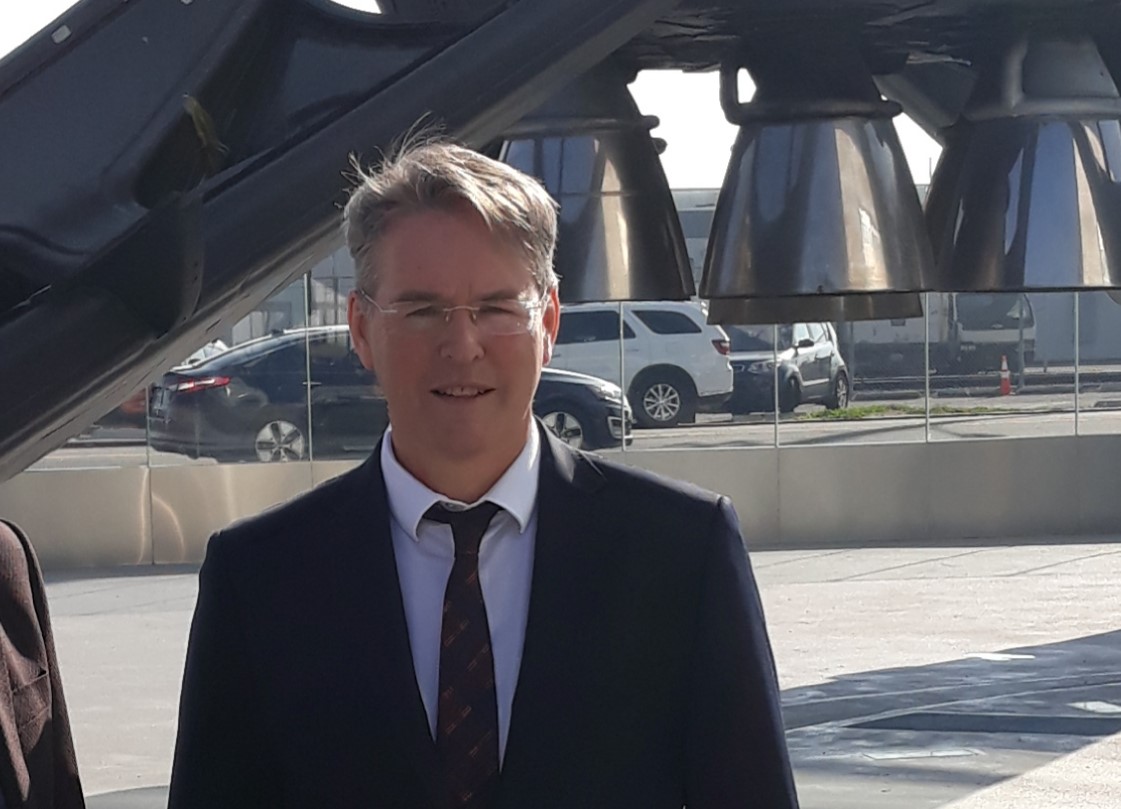 Tiverton West’s Labour Party contender for the May County Council elections gave Tiverton resident Shelly Rolinson an unexpectedly futuristic answer when she asked “What is your vision for zero net carbon in Tiverton?” Peter Hill who is a Director at major Tiverton employer, Heathcoat Fabrics, says his team is already developing fabrics for manufacture and export in the production of hydrogen to fuel environmentally friendly cars and even aeroplanes in the future.

Peter, who was at Tiverton High School with Shelly, says the Hydrogen Road Map for Europe is a key to sustainable energy transition. Although many people have tried plug in Electric Vehicles (he has a plug in hybrid EV himself), poor range, slow charge time, high purchase cost and lack of charging points make the take-up low in rural areas. The challenges of charging also affects Tiverton’s terraced housing and flats.

“I want Tiverton to achieve Shelly’s goal of zero net carbon without leaving behind people that live and work in the area”, says Peter. “This will require all of us to believe in the ideal, share ideas and work together to make it a reality. Tiverton is a highly productive area providing jobs for local people and tax revenues for vital services such as the NHS by producing food and drink, and manufactured goods for the UK and global markets.”

Heathcoat’s fabric is used on the International Space Station to recycle water into hydrogen for fuel and oxygen to breathe: another way research for space projects has benefits for the planet. As part of its commitment to carbon action, the company has installed solar panels, restarted their hydro-electric plant and a combined heat and power plant.

Another big priority is promoting local shopping for consumers, and local Devon supply chains for business and government procurement. Peter says “I was involved in several video calls with Government officials about restarting manufacture of PPE in the UK, but as soon as they could buy cheap, environmentally damaging imports again they lost interest. It happened to hundreds of UK companies including those like ourselves that made and supplied some PPE free of charge at the start of the pandemic.”

Peter thinks his particular interest in the environment has been influenced by growing up on a farm, and by studying Biological Sciences at University. He has switched his own green vote to Labour because he feels the party has adopted environmentally positive policies “with a human face”, and has the potential to gain power and implement those policies.

He wants to talk to residents about the Tiverton Neighbourhood Plan consultation, which will see Sustainable Tiverton, CHAT, the Town Council, businesses and community groups move forward together. Devon has fantastic wind, waves, sun, geothermal sources and minerals to contribute, but also an industrial heritage on which to base a renewed prosperity in the creative, digital, food, health, technology and manufacturing sectors.

Shelly agrees, “COVID has given a lot of people pause to stop and reflect on how much they care about our beautiful planet. It’s uplifting to hear how much thought backed by action Peter has put into what Tiverton can contribute to reversing catastrophic climate change.”